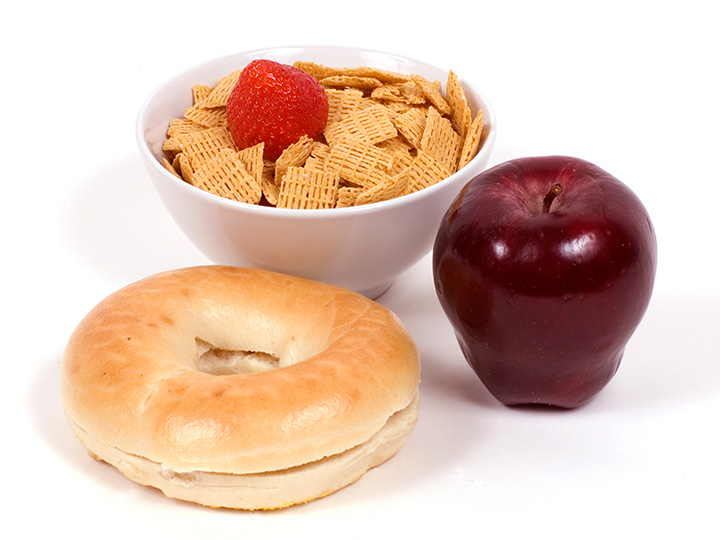 Carbohydrates, no matter the complexity, are all sugars with the primary function of allowing quick access to energy (although some like dietary fiber cannot be completely digested). It should be noted that the term "sugar" includes a much wider range of sugar types than just the white stuff we often use to sweeten up food. The secondary function of carbs is mid-level energy storage in the form of glycogen. A rise in glycogen and water will result in greater muscle size due to the body storing them within the muscles cells. Another incredibly important function is one that glucose (a type of carbohydrate) is responsible for: brain function.

There are three categories of carbohydrates (in regards to human health and fitness) each with specific types of sugars associated with each:

Effect of not getting enough carbs

Diets low in carbohydrates play a dangerous game with one's health. As stated earlier, glycogen is stored in the muscle cells meaning you need to eat carbs to have your muscles look how they should: full and defined. Low carb diets can actually be counteractive for someone looking to show off all of their hard work from months and months of training. With carbs being responsible for the body's access to quick energy, another issue with not ingesting enough carbs is body fatigue as well as irritability. Dehydration, constipation, and kidney stones are also signs of too few carbs in one's diet. Ketosis can also be the result of an extreme low carb diet plan.

Effects of getting too many carbs

A high level of carbohydrates also has negative effects on an individual's health just as too few carbs done. One of the most noticeable effects of getting too many carbs is weight gain. Your body is stockpiled with such a large amount of carbs; it has no need to access its fat reserves, thus resulting in weight gain. Also, once the body’s glycogen storage areas are maxed out, the excess glucose is stored as fat, also adding to increased weight. An increase in blood pressure (hypertension) has also been associated with ingesting too many refined carbs (sucrose).

A high carb diet has also been linked to an increase in risk for type 2 diabetes. A sustained high level of carbohydrates means the pancreas has to produce more and more insulin to counter the high glucose levels in the bloodstream. If the pancreas is operating at these levels for long periods of time, it can cause long term damage and affect its ability to produce insulin. A built up resistance to insulin and an inability to produce enough insulin are both characteristics of type 2 diabetes.