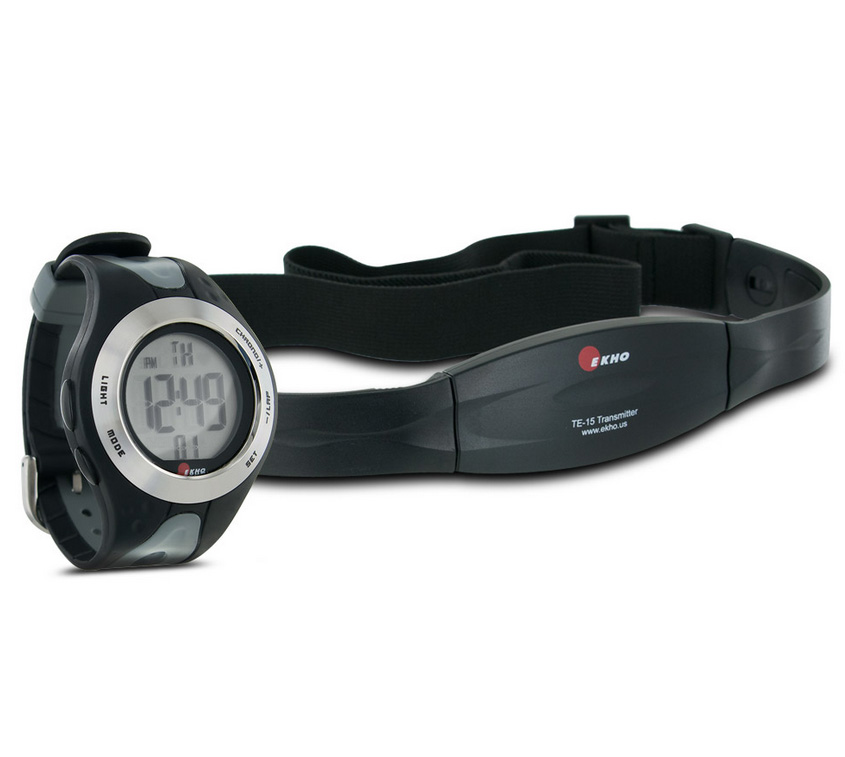 Cardio machines such as the treadmill and elliptical generally have built-in heart monitors, while this device is worn externally on the body. The monitor is placed directly on the sternum (indented portion of the chest between to pectorals). The elastic bands which hold the monitor should make for a snug fit. This monitor is generally accompanied by a digital device that resembles a watch.

This device is much more than a watch (although it will display the time). This device links directly to the monitor thus displaying a real-time readout of the individuals heart rate. Another powerful feature of the device is that it displays an average amount of heart beats per minute throughout the course of the workout. This information can be quite useful when determining how efficient the cardiovascular system of the user is becoming. If the individual runs for 30 minutes at the same speed and has an average of 130 beats per minute then does the exact same run 2 weeks later but averages 125 beats per minute, this proves to the individual that their body is becoming more efficient and powerful.

While the heart rate monitor is not a necessary device to have, it does serve a purpose of optimizing the workout. By controlling the percentage within the target heart rate zone, the heart and lungs can be stressed at will by the individual. It should also be noted that this device is not limited to use on cardio equipment, it can also be worn while performing various exercises.